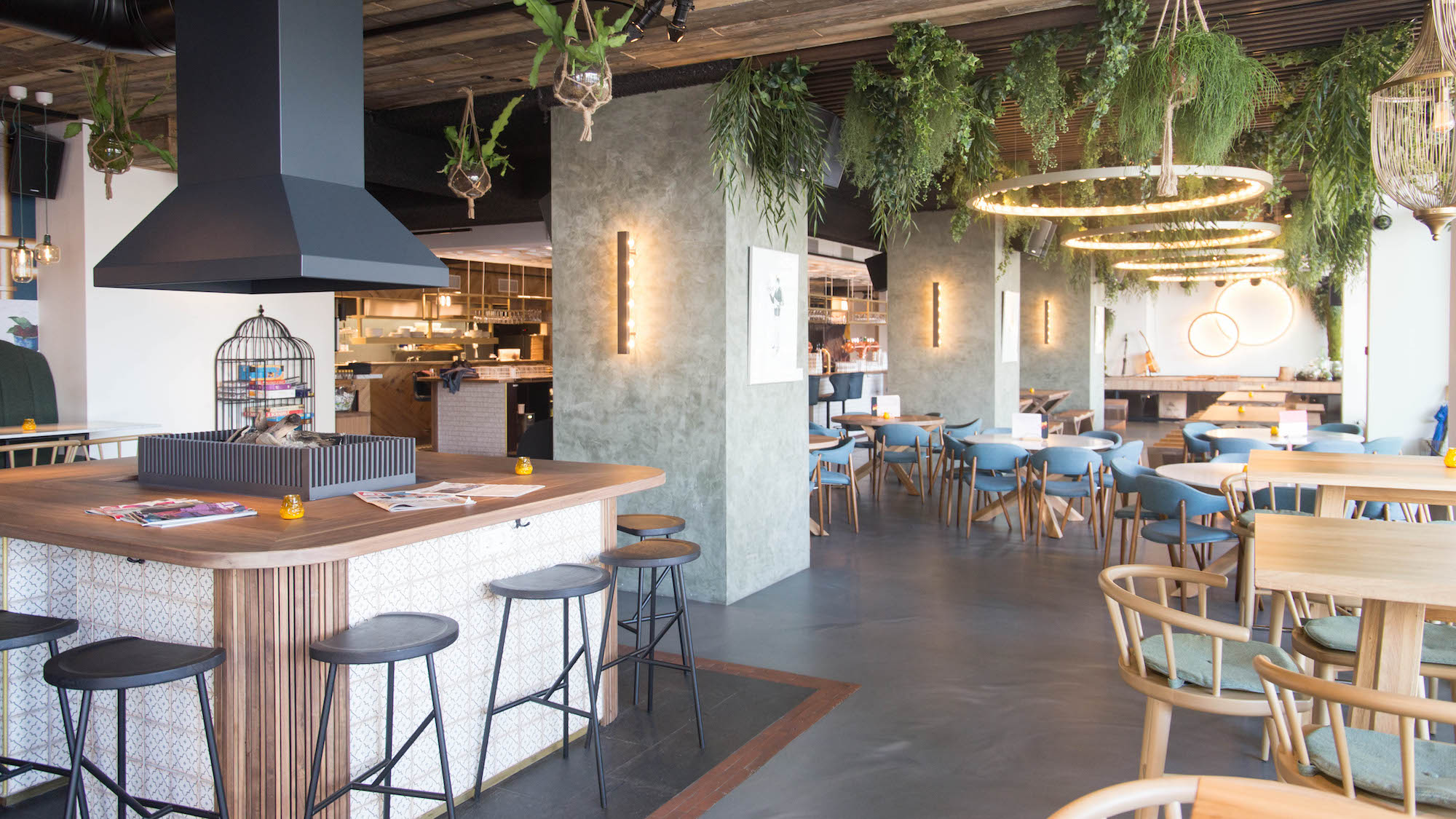 Rotterdammers have their own language. Nice, because that sometimes results in a company name as was the case with Groos. Those who want to have a locally brewed beer at a nice new spot can enjoy such a 'yellow canary' at.. De Gele Kanarie. With the experience of owners Ron de Jong and Dave Heijnen (the men behind Weena, Pix and Bokaal), this must be a gem as well.
We went along to experience the brew, purely for science of course. Upon entering, you immediately know that a good thought has been given to the interior and the entire concept; by Omnii Design to be precise. With the enormous 10 meter long bar in the middle of the space, a stage on the side and the different seating areas around, this hotspot is spacious and warm at the same time. Yet we sat outside on the terrace, because the Dutch will try to get every little piece of sunshine when they think it could be the last hot day of the year. 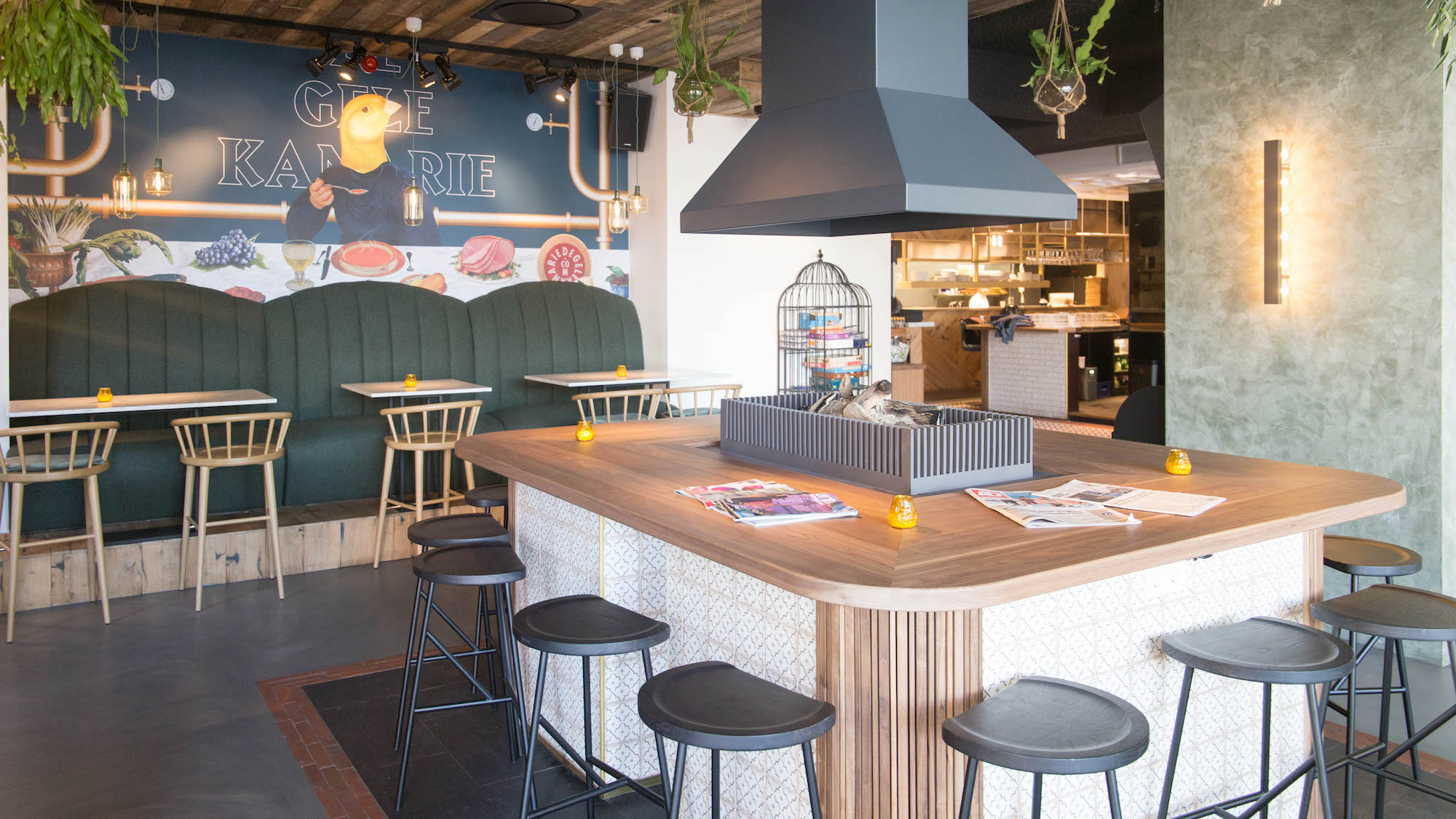 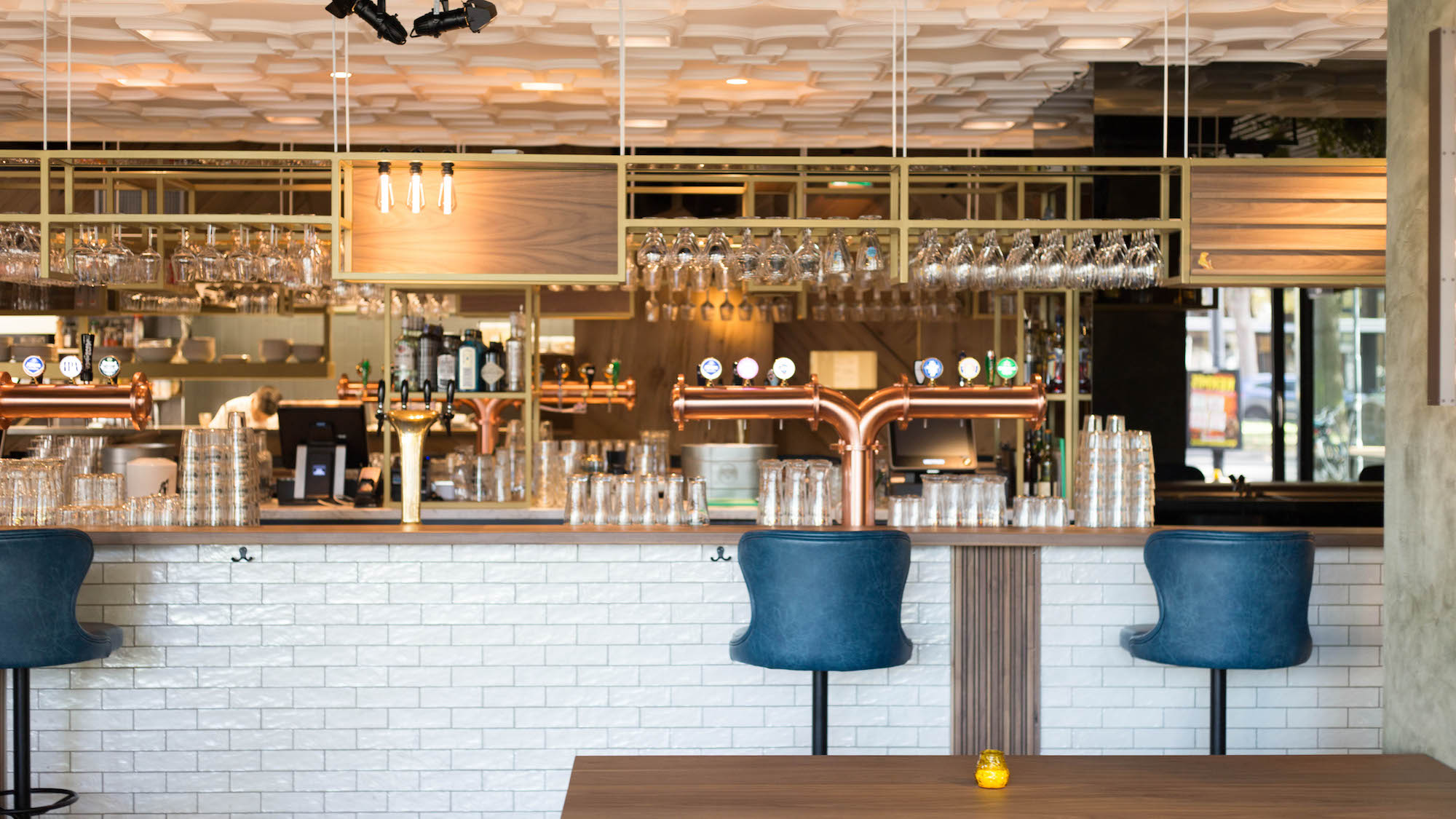 But not before I have walked around, because this place requires attention. For example, De Gele Kanarie has a glass floor in front of the stage through which you can admire the brewery. You can see Daan, chief brewer, hard at work to keep the taps filled. More about that later, now back to the terrace. 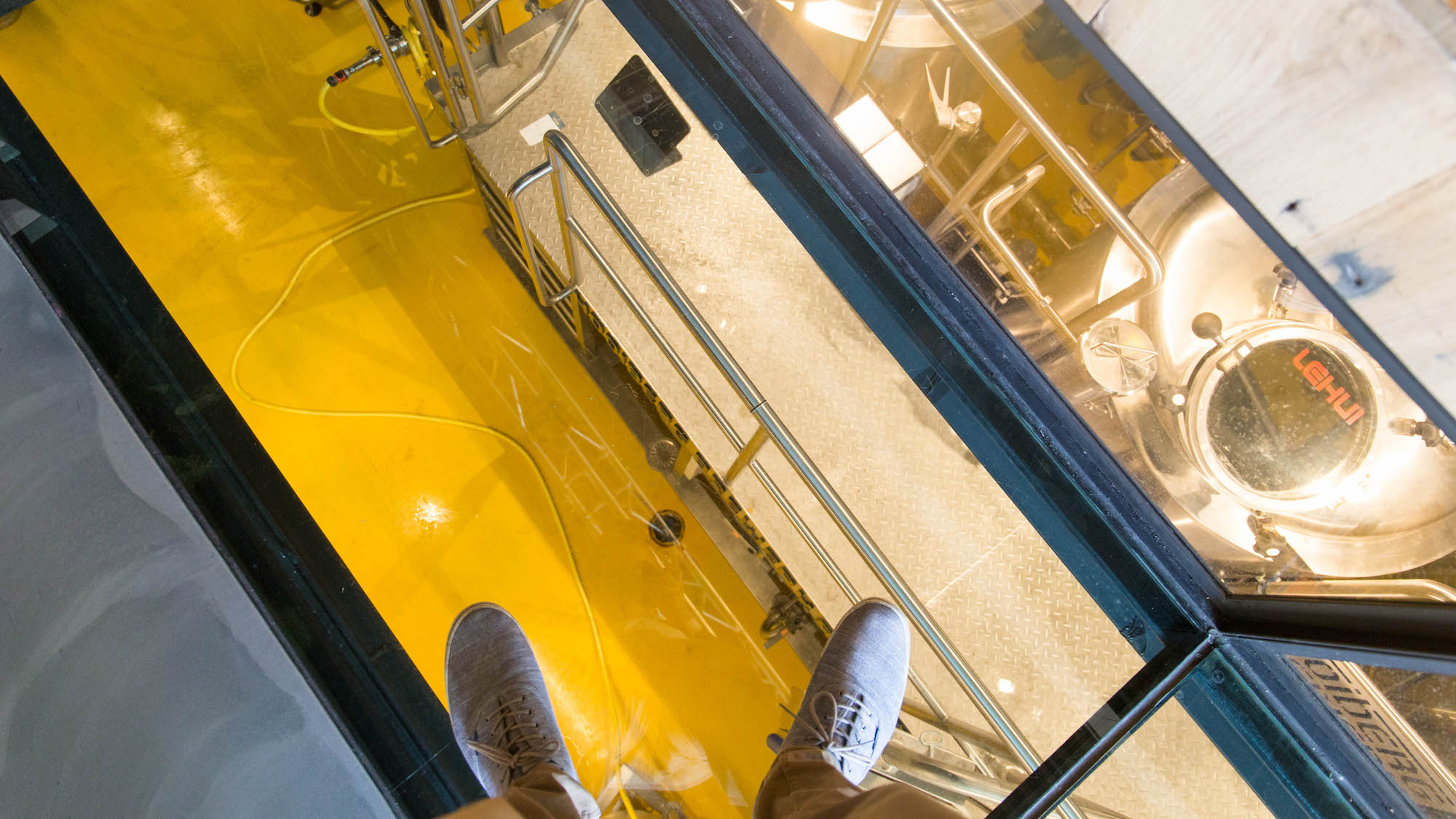 We get served a flatter with salmon, ham, hamburgers, falafel sandwiches and cheese sticks. It's good that I brought my sister, so I can choose the vegetarian snacks. It tastes good, especially with a freshly tapped vegetarian canary. After a while I am curious about the brewery and we walk downstairs. 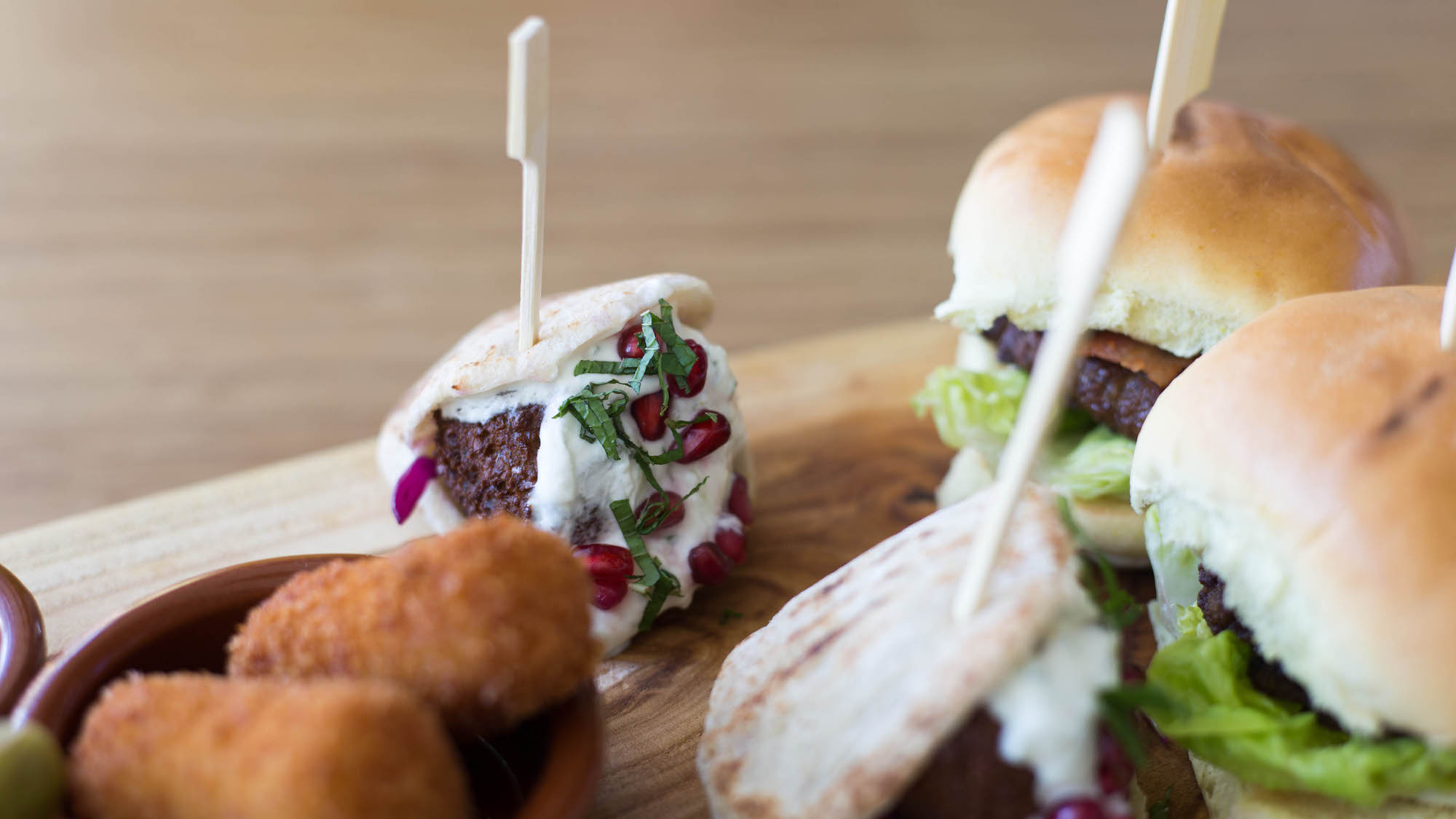 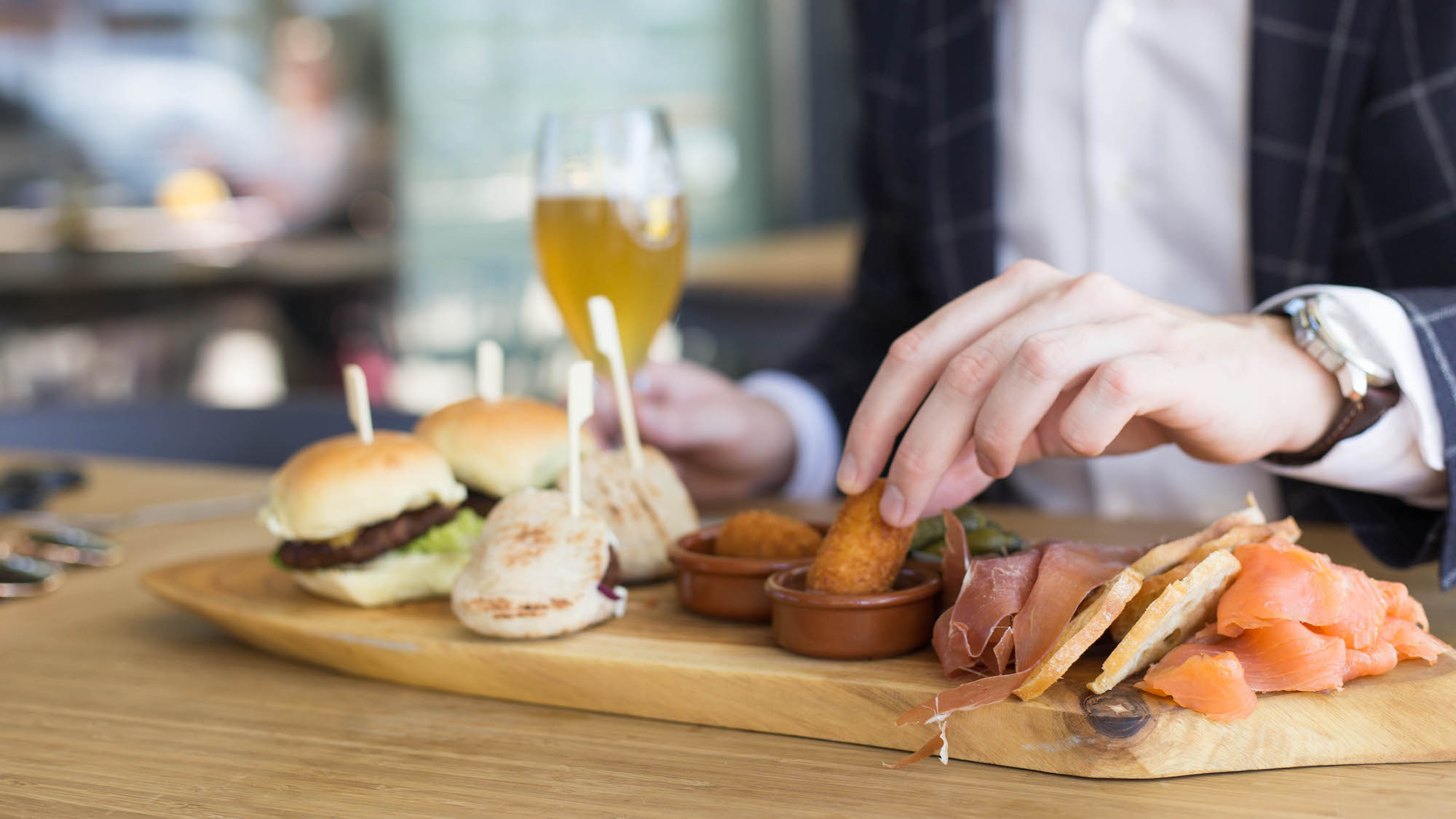 The brewery is open to everyone, not only to be admired through the glass floor, but also freely accessible via the staircase that also leads to the toilets. Daan is working on batch 17 and 18 and expects to achieve the taste and quality with those batches which he was looking for from the beginning. Still, the charm of a local small brewery remains that sometimes slight differences are noticeable, that is all part of it and gives everything character. 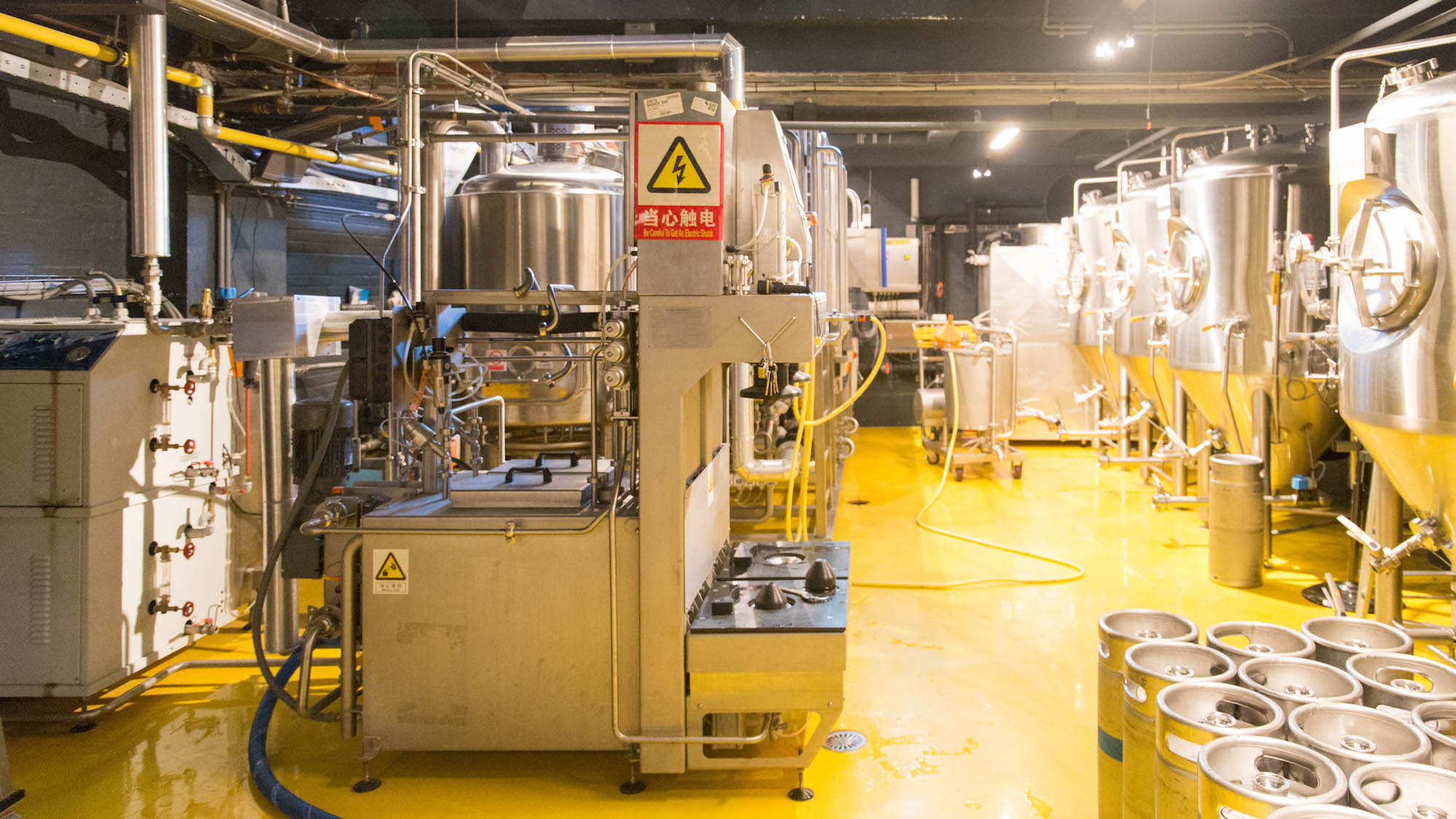 Although Daan has years of experience in the hospitality industry, beer brewing was totally new for him. But with the right guidance and state of the art equipment, he learned how to brew as if he would have learned to drive in a Rolls Royce car. "I think many people are jealous, yes." You can tell from his explanation about the process that this is not a 'must', he is here because he is genuinely enthusiastic about it. There is already thought of a new brew, perhaps something in February. But we can not pin him down on it, so we have to see! Let's just hope he messages me first when it's tapable. ;) (hint, hint) 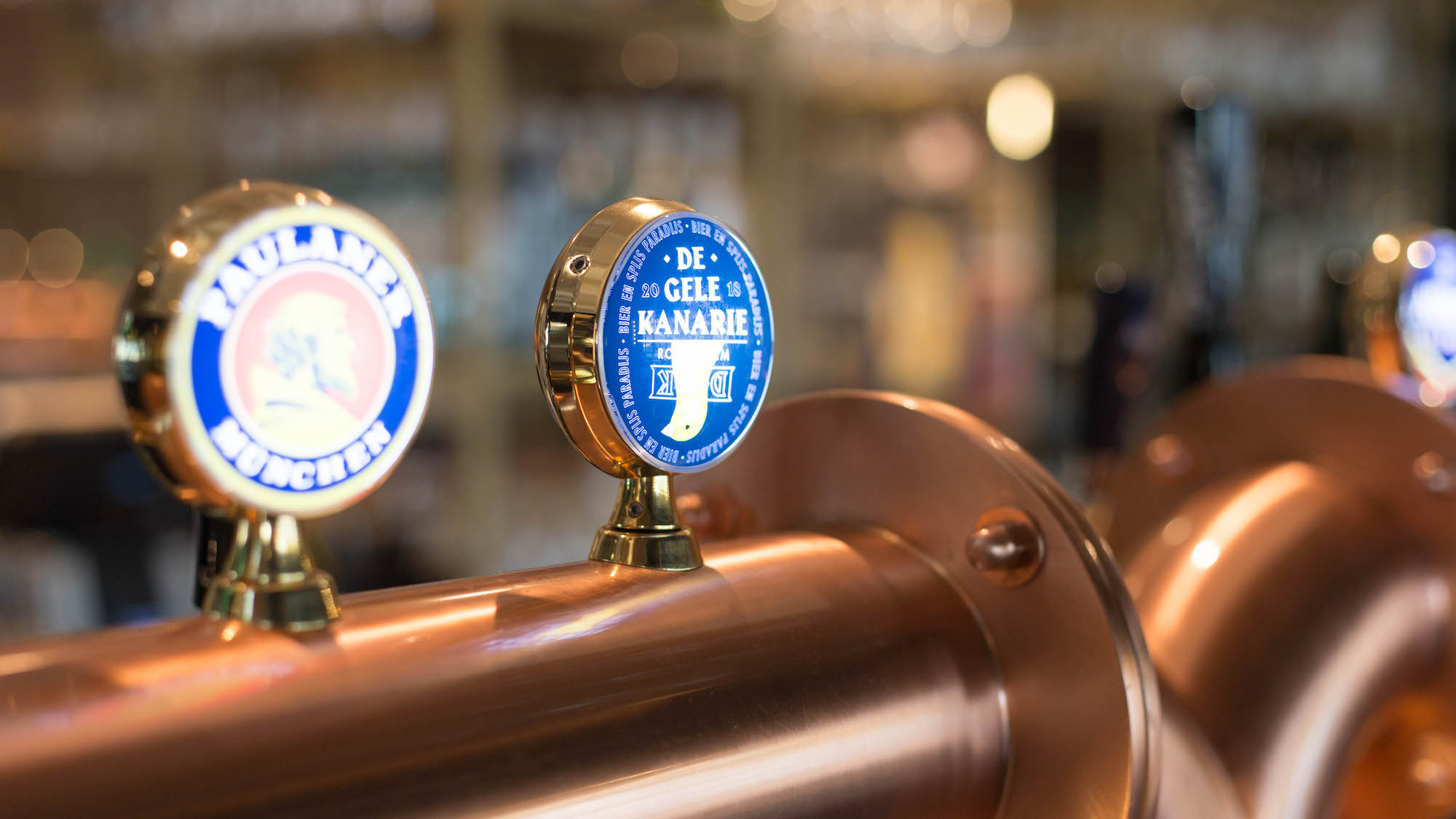 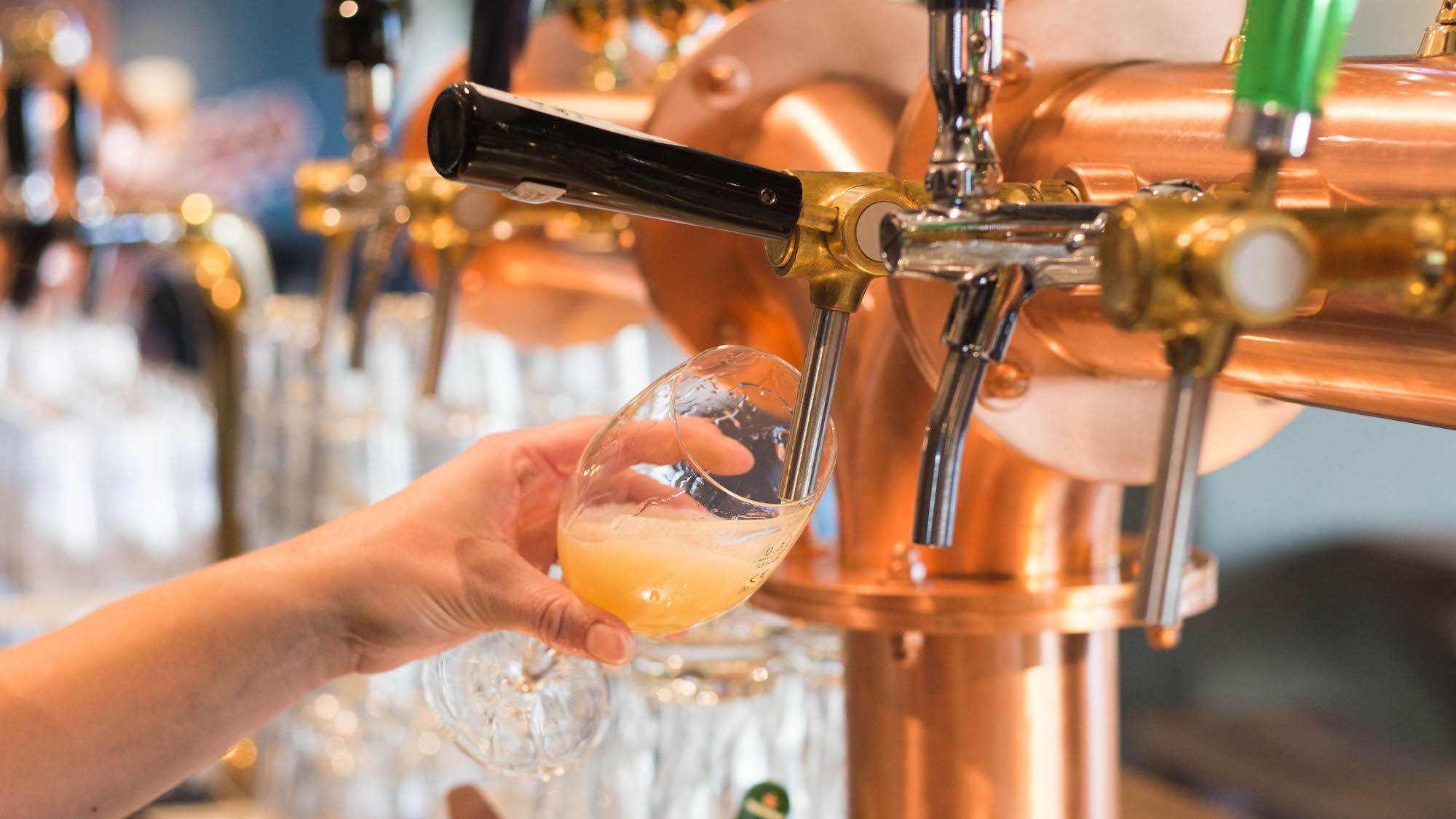 I take a few extra photos down- and upstairs and am therefore happy with the quiet moment. But De Gele Kanarie is of course even better when live music is played and fun Rotterdam is hanging at the bar. 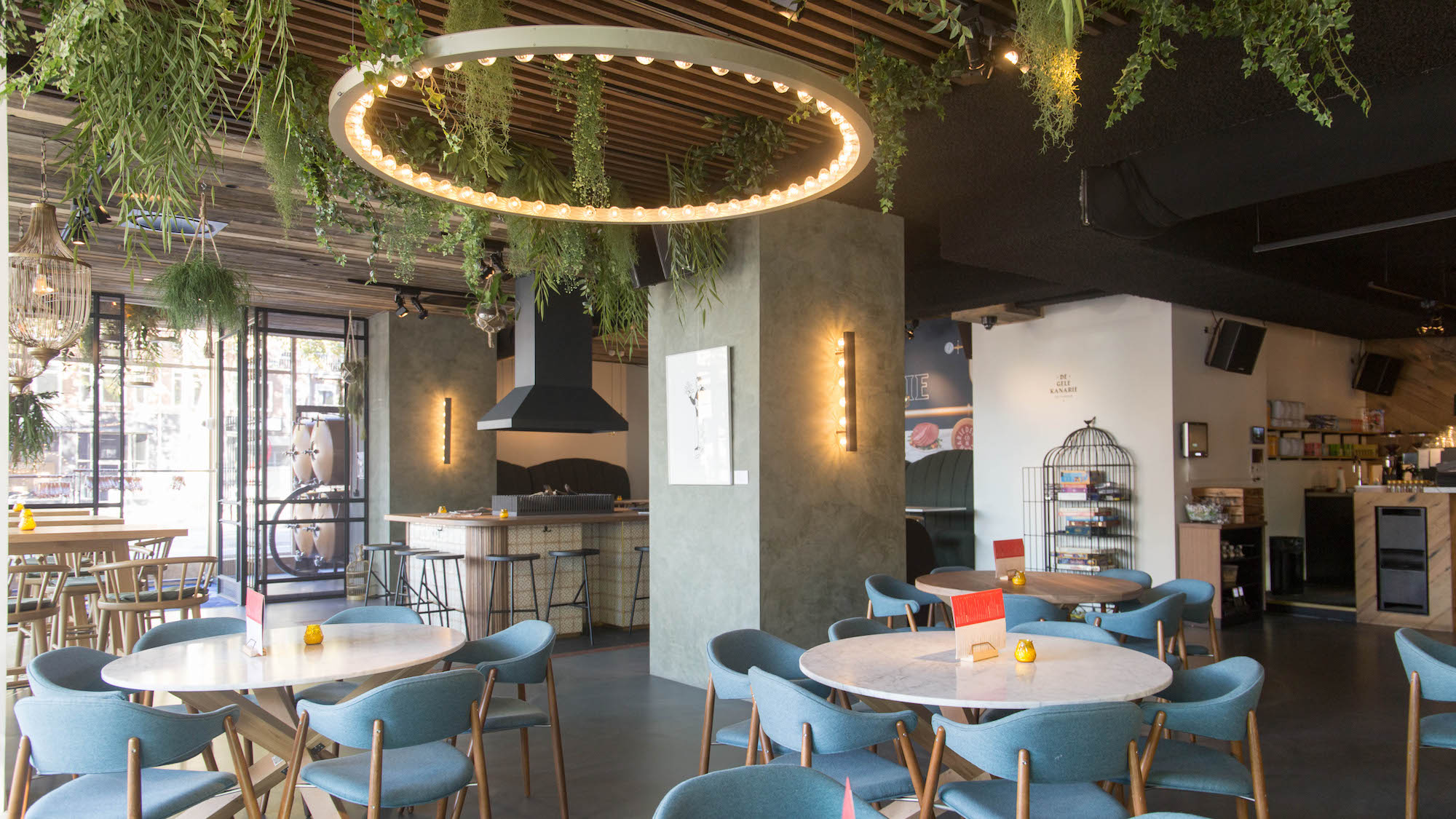 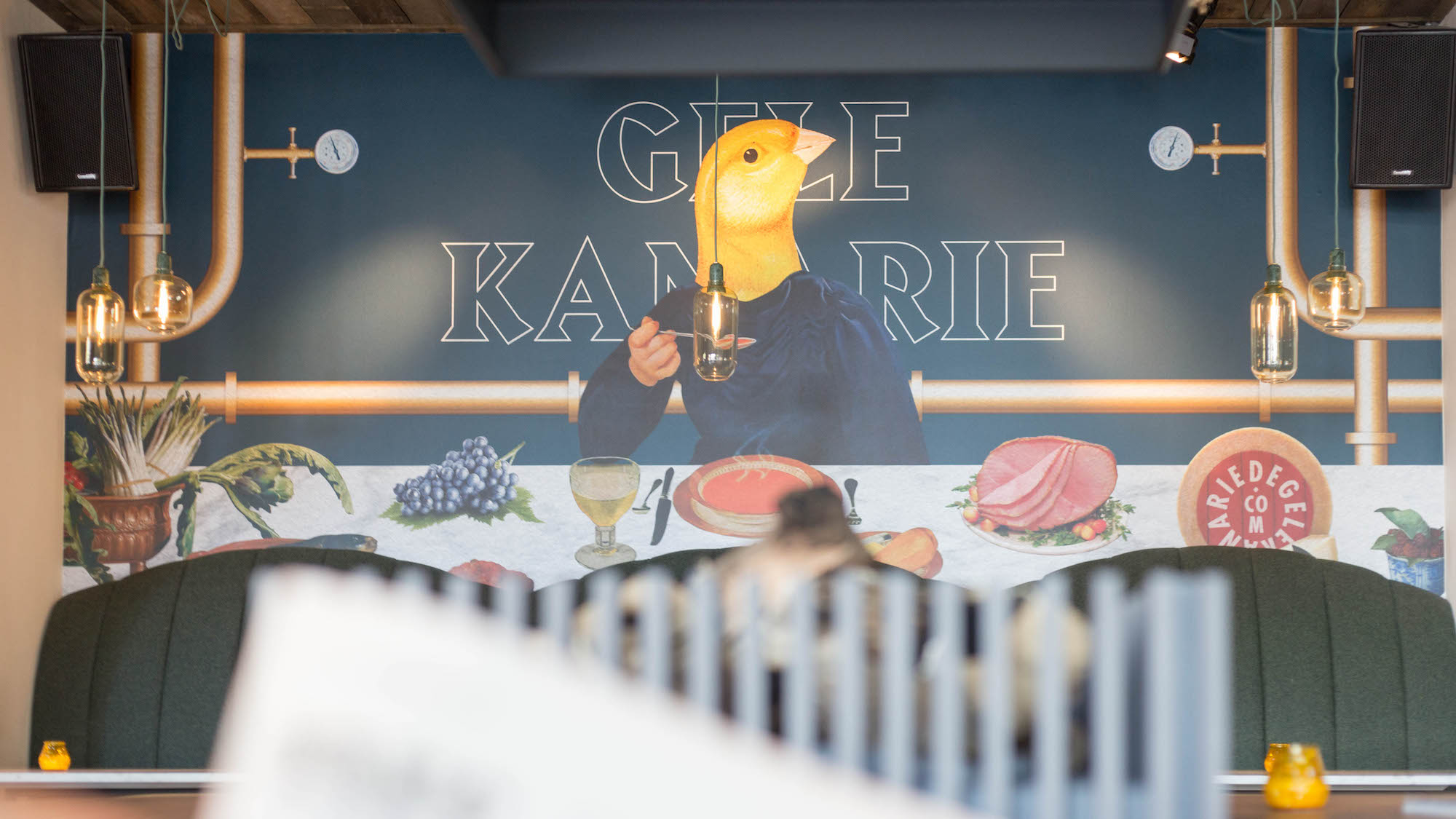 So, go and experience that and wave to Daan if you are there!
Share this page 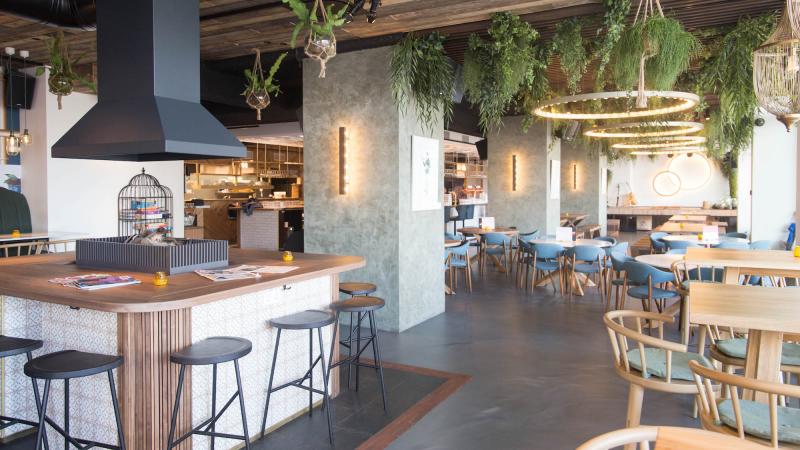 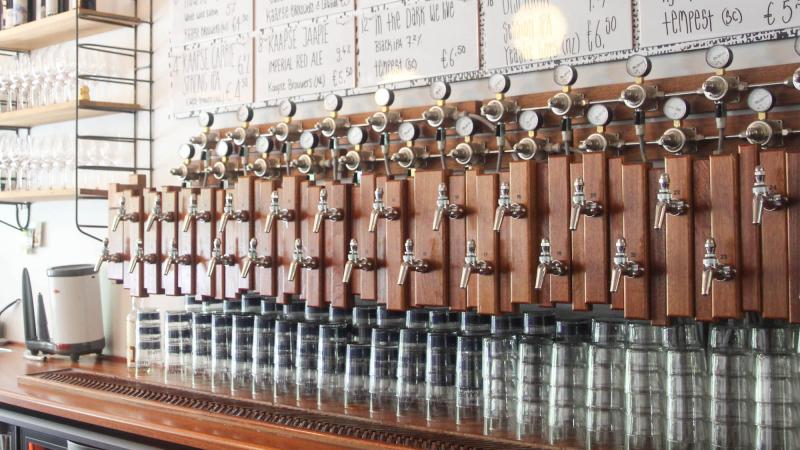 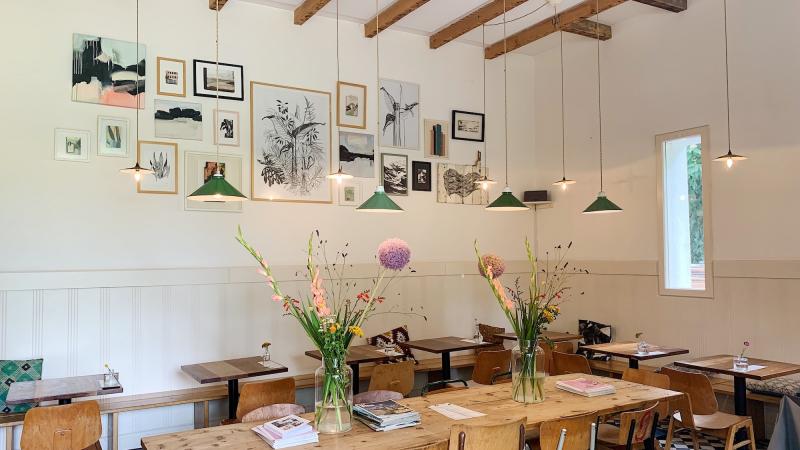 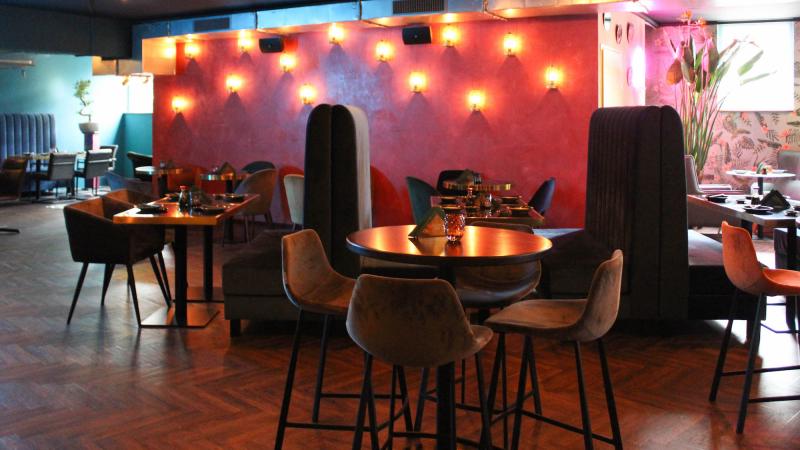